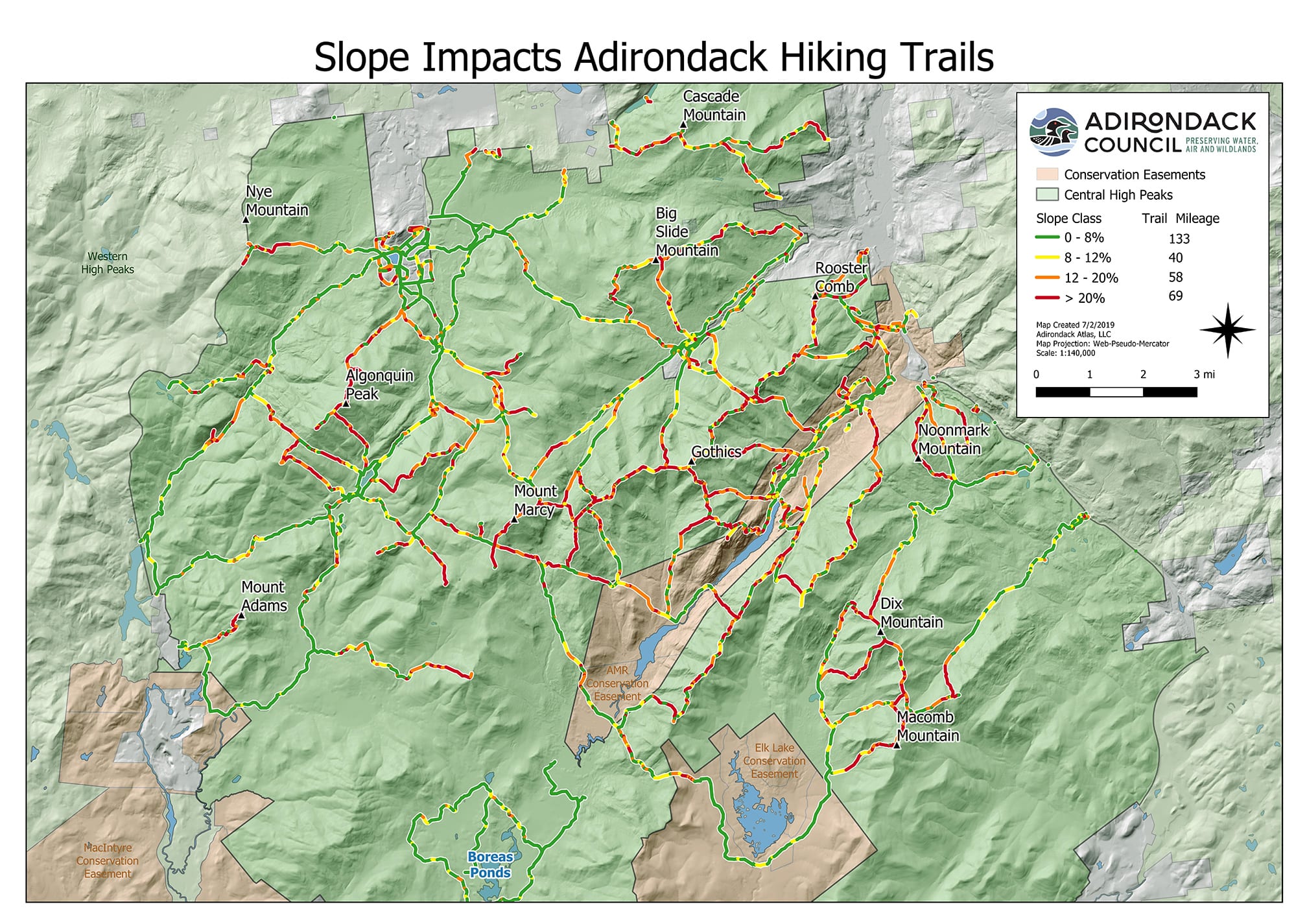 The Adirondack Council says that an analysis of High Peaks trails it funded has found that more than half of 300 miles of trails studied failed to meet modern design standards.

Funded by the Adirondack Council, the analysis was done by Steve Signell using GIS mapping technology. The final product – an interactive map – is located on the Adirondack Atlas website.

Adirondack Council spokesman John Sheehan said the trail problem is widespread because when many trails were created in the 1800s or early 1900s “not much thought was given to the most sustainable way to get up the mountain.” Trails often were created by hikers taking the quickest route up mountains.

“It’s well known that Adirondack foot trails are in crisis with overuse and huge crowds of people hiking on these too-steep slopes,” said Adirondack Council Executive Director William C. Janeway in a press release.  “We are seeing wider paths, deeper ruts, trampled plants plus loss of wildlife habitat. Too much soil is moving downhill into streams and lakes.”

Sheehan said it’s now time for the state to come up with a comprehensive plan for rebuilding the trail system. He said the state Department of Environmental Conservation needs to receive the financial resources to perform the work associated with fixing the trails.

“We think it’s something the state needs to dedicate resources to long term,” he said.

Sheehan said an improved trail system would not only help the environment but also local economies because the user experience would be improved.

He pointed to trails on Mount Van Hoevenberg and Hurricane Mountain as examples of the way trails should be built. He also noted that trail issues aren’t limited to the High Peaks but occur throughout the park.

In a prepared statement, the DEC said it “is actively undertaking efforts to address trails on steep slopes and wet areas, and has started work on more than two dozen projects to help establish, reroute, or improve sections of trails in the High Peaks, Giant Mountain, and Hurricane Mountain since 2014.”

The statement pointed to the new sustainably designed trails to the summits of Mount Van Hoevenberg and Cascade Mountain.