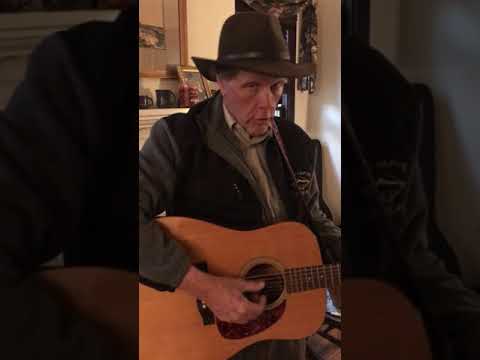 Last week we posted a song by Dan Berggren titled “Junkyard Express,” a protest against the storage of empty tank cars along tracks in the Adirondacks. Among the people who listened to it was Ed Ellis, president of Iowa Pacific Holdings, the owner of the tracks.

In response, Ellis composed his own song that he calls “Keeping Tracks” in which he rebuts the railroad’s opponents.

“There’s no need to fight/The cars are not in sight/You see wilderness every which way,” Ellis sings in a video posted on YouTube. He accompanies himself on acoustic guitar.

Iowa Pacific owns the Saratoga and North Creek Railway, which runs a tourist train between Saratoga Springs and North Creek. It leases those tracks from Warren County and the town of Corinth.

In addition, Iowa Pacific has a long-term easement on tracks north of North Creek that end at the old mine in Tahawus. The company recently moved more than fifty empty tank cars onto those tracks, storing them on a siding near the Boreas River. It has said it may bring in up to two thousand cars.

The plan has infuriated  environmental groups, which  insist that the Adirondack Park is not the place to store railroad cars. It also has drawn criticism from Governor Andrew Cuomo.

In the email to us about his song, Ellis appended a lengthy statement in response to the critics. The full statement follows:

“Putting out wrong and misleading information is apparently the plan of the folks who want to rip up the only track in this part of the Adirondacks to have one more unmaintainable trail.  For example, the “junkyard” cars have 20-30 years of useful life left, and the owner spent over $3,500 per car getting them properly cleaned and certified.  Not junk.

“And ‘spoiling the view’ is another.  The cars are well-hidden and if we fill up the track we own, it will take up 0.000004% of the park. The cars can only be found off-trail, hiking through the wilderness, unless you trespass on our tracks.

“This situation is like the loaf of bread that Henny Penny made. Everybody thought a loaf of bread was a good idea, but nobody wanted to help with bread (‘not I,’ said everyone). Still, they wanted the bread when she finished it.  So when the line to Tahawus was for sale, and we moved to save it, everyone thought it was a good idea, the state, the Federal Government, both senators, etc. But when it came time to pay for reopening the line, for track maintenance between Saratoga Springs and Tahawus, ‘not I,’ said the state, ‘not I,’ said the Counties, ‘not I,’ said the Federal Government, ‘not I,’ said everyone. So Saratoga and North Creek bore the massive multimillion-dollar cost. And now we are simply storing railroad cars on railroad track to recover some of that cost. And this is not a surprise. I have attached a letter I wrote to Governor Cuomo in 2015 that says in part: ‘Storage of empty freight rail equipment provides a financial bridge that will enable the railway to continue its efforts with local and state, public agency and private sector stakeholders in building a sustainable, long term service franchise in this unique and beautiful part of the Empire State.’

“These tracks are important. 100 million tons of already-quarried granite is at Tahawus.  That rock should be used for construction instead of digging new holes in the ground somewhere else.  And we have been working diligently to see that the rock gets used, and gets moved by rail, the most environmentally-friendly mode, in terms of pollution and land use.  Over the next 20 years that rock can be used for many important projects, including roads and bridges, buildings and upgraded rail lines. But it won’t be used if it has to be trucked, it will sit there and other land will be spoiled to obtain rock instead. Parking cars on these tracks for a few years doesn’t mean that the rock will never move.  It will move at the right time.  And there is an excellent tourism opportunity as well.

“So it would be bad public policy to remove the tracks, and all of our leaders understand that.  But there is an opportunity for the State, County and Federal Government to also eliminate storage by investing in the line, and by funding the investment we have already made, and we are open to that discussion. Time is of the essence as not nearly all of the 2,000 cars have arrived.”

Click on the PDF link below to read Ed Ellis’s letter to Governor Cuomo.