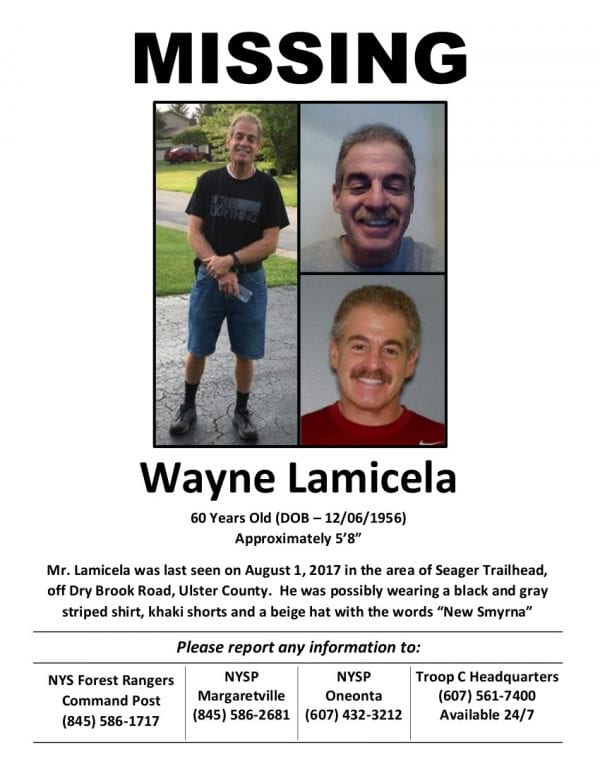 The state Department of Conservation is conducting a search in the Catskills for a sixty-year-old man who has been missing since Tuesday. Following is a news release from the department:

Photos and additional description are available in the attached brochure.  Anyone with any information about the whereabouts of the subject is asked to call 845-586-4419.

Updates on the search will be provided as they become available.