Many Adirondack ponds and lakes are still covered in ice

Standing on the shoreline of Follensby-Clear Pond on May 1, Doug Fitzgerald surveyed the ice conditions before him. “This (pond) is still locked up tight,” said Fitzgerald, referring to how ice covered much of the pond and hugged the shoreline.

Fitzgerald has been keeping ice records on a handful of lakes and ponds in the vicinity of the St. Regis Canoe Area since 1992, when he started collecting data for a climate change study being conducted by a professor at the University of Buffalo.

This visit marked the first time Fitzgerald has seen ice on Follensby-Pond Pond this late in the season. The previous record for ice out on the pond was May 1 during the first year, according to his findings. In general, ice out on lakes and ponds in the northern Adirondacks has been late this year.

Mirror Lake, located in the village of Lake Placid, is a prime example. This body of water hasn’t been covered with ice in May since 1978, when it went out on May 9, according to ice records on the Ausable River Association website. Yet as of today, May 2, the majority of the lake remained iced over. Overall, there have been only 17 years since 1903 that ice has remained on Mirror Lake until May.

The iced over waters are in contrast to the temperatures hitting the northern Adirondacks yesterday and today, which were in the 70s by late morning in Lake Placid, a sign that spring may finally be here. As recently as Monday, it was snowing in the northern Adirondacks, capping off a two-day storm that left accumulations of six inches or more in some areas.

Ausable River Association Science and Stewardship Director Brendan Wiltse said that a number of factors have led to the late ice out, including later than usual winter weather. “Since the end of the winter, we haven’t had a lot of really warm days,” Wiltse said. “We haven’t had any long stretch of warm weather.”

Drury said this ice out could vie for the latest ice out date in his records. He estimated there was still about six-to-eight inches of soft ice on the lake.

“It’s starting to gray up. Obviously, it’s thinning out,” Drury said. “I would say at best …  it will (last) two or three more days, probably more likely four or five, unless you get rain and wind.”

Despite the presence of ice on many lakes, it is not considered stable enough to hold people. Wiltse said people from his organization stopped going on Mirror Lake on April 10, because it was determined unsafe at that point.

Although many lakes and ponds are still frozen, some waters have opened up. Middle Saranac Lake reportedly lost its ice this past weekend, while rivers have been open for weeks.
Other lakes and ponds that continued to have at least some ice as of May 1 included Fish Creek Pond, Lake Clear, Upper Saranac Lake, Rollins Pond, and Whey Pond. All of these waters are part of Fitzgerald’s survey.

The earliest ice outs in recent decades for many lakes and ponds occurred in 2012 and 2016. Mirror Lake went out on March 23 and March 28 those years. Fitzgerald’s records show that the earliest ice out dates were also in 2012. That year Follensby-Clear lost its ice cover on March 23, while most of the other waters lost their ice on March 26.

(Note: Ice out records for Mirror Lake date back to 1903 and are among the longest in New York state. They were originally kept for ice out contests, but now ASRA is keeping more official records. This winter they installed a webcam to more closely monitor the changes.) 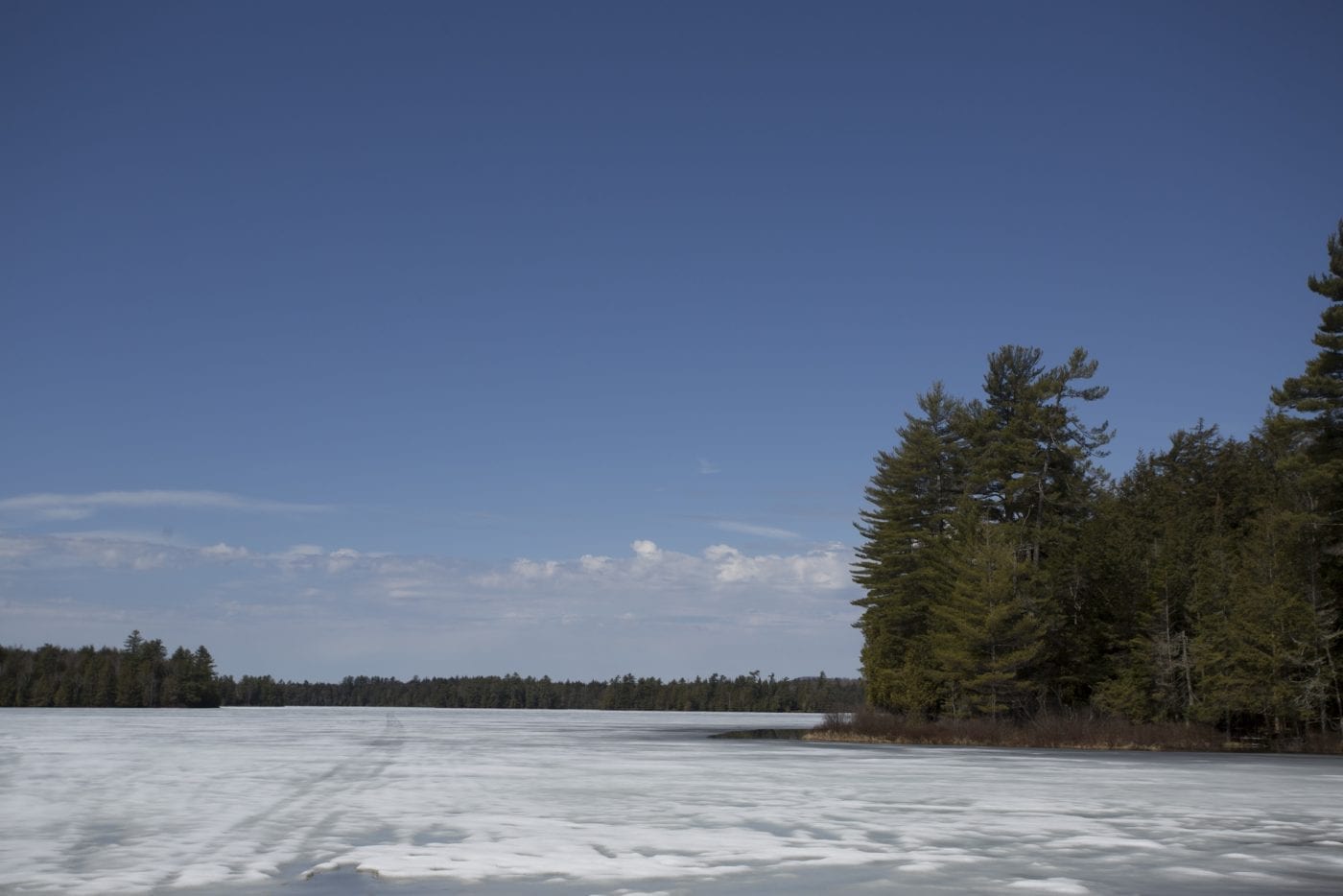 Ice out on Follensby-Clear Pond
(Data collected by Doug Fitzgerald)

Mike Lynch is a multimedia reporter for the Adirondack Explorer. He can be reached at [email protected]
Sign up for Mike’s newsletter

On December 10, 2021, I had the privilege to testify before the New York State Senate on clean water infrastructure needs and programs in the Adirondacks. I summarized my full testimony submitted prior to the hearing, which outlined the successes, needs, and challenges we face to protect our Adirondack lakes, rivers, and streams...........Read more.