Northern Saw-whet owls are migrating right now and will continue into November. In early October, Wildlife Veterinarian and Biologist Nina Schoch led a group of enthusiasts to catch, study and band owls after dark at the John Brown Farm state historic site.

On this night, three were studied and released back into the trees.

By 8:45 p.m., one fluffy, baseball-sized owl had landed in the netting. Schoch patiently untangled the bird, placed it in a bag and brought it inside for further study. She measured, weighed and checked the owl’s coloring. Though male and female Saw-whets share the same coloring, females are heavier. The wing markings determine its age. 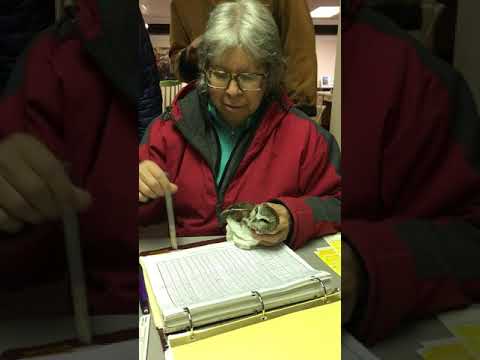 The bird was banded with a light metal bracelet with a phone number etched in it. This allows further study of the owl’s migratory routes.