The 400 troopers and armed personnel of Troop B will continue their three months of firearms training in Lisbon, in Saint Lawrence County, where the activity had been held in recent years until this week. The sustained bursts of gunfire at the biathlon range at the former Olympic site near Lake Placid took residents and environmental watchdog leaders by surprise because of the lack of notice, the unprecedented use of the recreation grounds for law enforcement shooting and the loudness of the exploding rounds.

Residents said they complained to state officials and did not get return calls. A State Police spokesman at Ray Brook said she had received no complaints. The Albany headquarters of the agency learned about the concerns after the Explorer inquired about the matter and posted a story on Friday. The Olympic Regional Development Authority (ORDA), which operates the facility, refused to take questions.

“The State Police is sensitive to the issues raised by nearby residents and community members regarding this week’s firearms training at Mount Van Hoevenberg,” Beau Duffy, the agency’s director of public information, said late Friday afternoon. “State Police today notified ORDA that it will suspend training at the site until those issues can be addressed, which will include determining if there are further steps that can be taken to mitigate noise.”

Duffy said he would not engage in further conversation this week about the training plan, but added that he is uncertain if State Police will return to Mount Van Hoevenberg this season or ever again.

Trooper Jennifer Fleishman, the agency’s Ray Brook spokesman, told the Explorer earlier in the day that the agency had decided to permanently move the twice-a-year required shooting drills to the Mount Van Hoevenberg’s biathlon range.

The training, which is still scheduled to run every weekday morning through mid-November, began Monday at Mount Van Hoevenberg, startling neighbors with sustained bursts of gunfire. It may violate terms of authorized activities in the state forest preserve, but Duffy would not discuss that aspect of the program. The troopers were to begin assault rifle training soon, Duffy said. Audio of the training, provided to the Explorer by a neighbor, recorded rapid firing at the site. 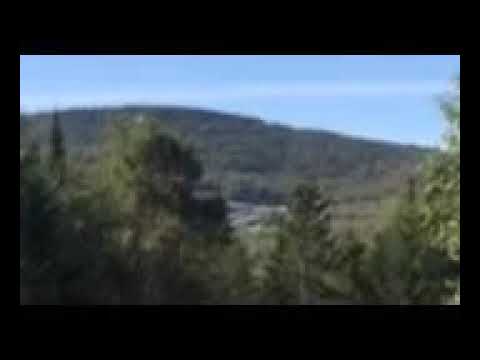 The sudden and surprising shooting continued every day this week for a few hours each morning. Troop B had identified the 1980 Olympic biathlon range as its permanent twice-a-year training site, said Trooper Fleishman.

She did not have information on how the decision was made or what entities or legal opinions were used to support the decision. She recommended contacting the Olympic Regional Development Authority, but ORDA’s spokesman, Jon Lundin, referred all questions to Fleishman.

“It sounds like a terrorist attack and a swat team response,” said Wayne Failing, a neighbor to the mountain. “It’s like being at war. The whole peace and quiet of the valley is shot.”

He and others living and working near the ORDA-run facility reported being upset and shaken, some emphasizing the explosive loudness and numerous rounds being fired. Students and staff at North Country School are within hearing distance, Failing said, and a school official advised neighbors that he couldn’t get through to ORDA about the weaponry.

Neighbors said the shooting came without warning and the Troop B web site did not include an alert.

Trooper Fleishman said 400 state police personnel, including investigators, will go through the biannual training. All were set to do it at the Lake Placid facility until the decision was made to discontinue using Mount Van Hoevenberg.

The training has been conducted in Lisbon in recent years at a site leased by the state Department of Corrections and Community Supervision. Firing ranges at the federal and state prison sites in Ray Brook have also been used in the past. Fleishman did not know if the switch to the biathlon facility offered an improved or more affordable option.

“We anticipated to utilize this as our new permanent range,” she said.

The State Police have driven to the site in marked and unmarked vehicles and work on duty time while firing at the range, she said. The shooters wear clothing that identifies them as police, and signs are posted about the training, she said.

Leaders of environmental groups were not aware of the activity and could find no law or plan that authorizes such training. William Janeway, executive director of the Adirondack Council, briefed by a reporter, said: “That would seem to be very inappropriate if not illegal.”

The range training occurred as ORDA worked on a multi-million-dollar redevelopment of Mount Van Hoevenberg, which would include a new biathlon course. Both the current firing range and the proposed new one would be in the state-owned forest preserve, Janeway said. The forest preserve lands are protected. A unit management plan and generic environmental impact statement provides for biathletes to use the land for competitions in the winter.

“Our whole market here is about peace and tranquility,” said Failing, who rents cabins a half-mile away from the new training site. He said when the biathletes use the site, they fire .22 caliber rifles that emit a tinny sound. The State Police weapons thunder, he said.

He and other neighbors noted that the state government advertises the region for its natural beauty and tries to attract families. “This is counterproductive,” Failing said. “I understand the State Police needs to train with automatic weapons somewhere, but this is a lousy pick.”

“It sounds like World War III out there,” said Tony Corwin, who operates South Meadow Farm Lodge and Maple Sugarworks.

Neighbor Todd Ormiston, executive director of the North Country School, said firearms shooting near the coed school, which has students in fourth through ninth grade, is out of character with the rural neighborhood. “While we understand the need for this type of training, we are disappointed that the effect of the related noise on school children was not taken into consideration, and that no notice was given,” he said.

View all posts by James Odato