Home » Stories » Organizations warn of the dangers of postholing

With deep snow, it’s time for skis and snowshoes

After Friday’s storm, the snowpack now exceeds a foot in many places in the Adirondacks.

That means it’s time for wearing skis or snowshoes when recreating on snow-packed trails in the backcountry, according to outdoor and tourism professionals.

Sign up for the “Backcountry Journal” newsletter, sending trip ideas, info and more on Thursdays

Or click here to see all our weekly and daily newsletters

Wilson noted that people who are postholing are putting themselves in a potentially dangerous situation.

“It’s not an efficient way to travel in the wintertime,” Wilson said. “It can get people into a bad situation if they’re stuck postholing in really deep snow. (They can) get exhausted very quickly, so it is also a safety issue for the people doing it.”

He said people should also make sure they are wearing the snowshoes or skis in the snow and not carrying that gear.

To get the message out to the public, BETA posts signs with this message at Jackrabbit Trail access points.

But the group isn’t alone in getting the message out.

In a recent post on its Saranac Lake ADK Facebook page, Regional Office of Sustainable Tourism wrote that “When snow accumulation is above 8 inches, it is important to hit the trails on snowshoes or skis. Don’t posthole! It’s not safe and it ruins the trails for others.”

A video that accompanies the post shows a woman in boots struggling through the snow and eventually falling.

While outdoor professionals generally discourage postholing in general, it’s actually not allowed in the High Peaks Wilderness when there’s eight inches or more of snowpack.

The penalty for not wearing skis or snowshoes in those conditions is a ticket with a fine of up to $250. The final cost is determined by a local judge. That regulation has been in effect for more than 20 years.

“The most important reason for the requirement is for hiker safety,” said DEC Forest Ranger Captain Kevin Burns. “Snowshoes are a tool to assist the hiker for safety measures. Additionally, if a hiker is not wearing snowshoes or skis it creates postholing for those that are wearing skis which could cause injury to those wearing the proper equipment and those skiers.”

He emphasized that people hiking with boots in deep snow are exerting a lot of energy. In the High Peaks, where the snowpack is deeper in the higher elevations, postholing can lead a hiker to become exhausted, dehydrated, or hyperthermic.

BECOME AN EXPLORER: Your support helps power nonprofit journalism for the Adirondacks

Over the weekend, a person posted on the Adirondack Backcountry Hiker page that forest rangers were out ticketing people for not wearing snowshoes at Cascade Mountain.

Burns said a forest ranger ticketed one hiker at Cascade during routine patrol and that other rangers were out interacting with the public at the standard places, such as Marcy Dam and Adirondak Loj trailhead.

“DEC strives to educate for preparedness through preventative search and rescue and education as much as possible before hikers go in the backcountry,” he said. 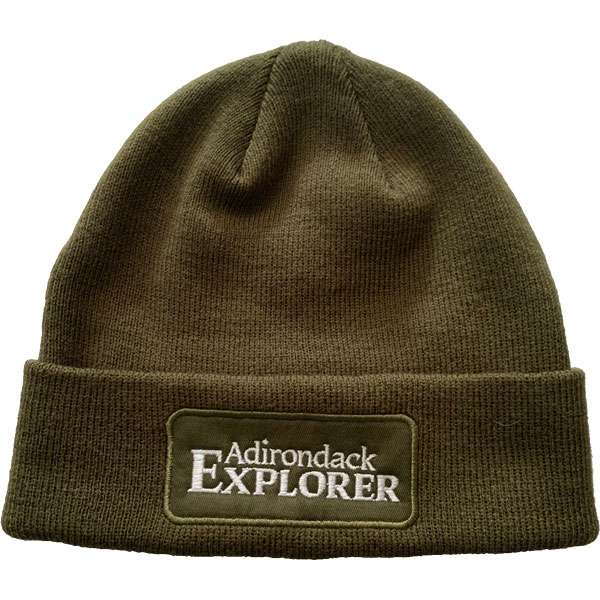