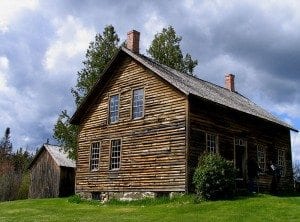 LAKE PLACID _ The annual Adirondack celebration of the abolitionist John Brown is scheduled May 5 at the late firebrand’s gravesite and farm outside Lake Placid.

On May 5, Spirit of John Brown Freedom Awards will be given to environmentalist Jen Kretser, poet Martin Espada and to Soffiyah Elijah, attorney and executive director of the Alliance of Families for Justice, which advocates for prison reform.

John Brown Lives! _ which sponsors the event _ focus is human rights and education.

“We are not a diversity initiative,” said Jeff Jones, one of the organizers. “We are just diverse.”

However, one of the recipients, Kretser, is part of the Adirondack Diversity Initiative begun in 2014, that works to make the overwhelmingly white communities within the Blue Line more welcoming to others, both residents and visitors.

Census data from 2010 showed 94 percent of the 39,370 people in Essex County were white, as well as 96.7 percent of those in Hamilton County. Both counties lie entirely within the Adirondack Park.

“People in urban areas find the Adirondacks a scary place,” Jones said. For some, visiting one of the region’s prisons is their only exposure, he said.

The farmstead is now a state-run historic site. Brown lived there for a decade before he was hung in the run-up to the Civil War for his armed opposition to what he regarded as America’s founding sin and crime. His grave became a pilgrimage site for abolitionists and freed people.

In 1859, Brown and followers attacked and occupied the federal arsenal at Harper’s Ferry, in what is now West Virginia, in an attempt to inspire and arm a revolution by slaves. They were captured after a bloody two-day standoff.

“I John Brown am quite certain that the crimes of this guilty land will never be purged away but with blood,” he had written in a note handed to a guard at the gallows two months later in Charles Town. The Civil War that would end U.S. slavery began less than two years later.

He was convicted of treason against the Commonwealth of Virginia, murder and inciting a slave insurrection. He was buried in front of the house in North Elba.

Awards, music and readings are scheduled 2-4 p.m. The farmhouse will be open and contains an exhibit on the 1846 land giveaway by a white abolitionist of 120,000 acres to black men. The hamlet east of Lake Placid was called Timbuctoo.

Hiking trails extend from the historic site. Tickets cost $30 for a reception starting at 5 p.m. at the nearby Lake Placid Ski Jump Base Lodge,.