Judith Enck, the governor’s deputy secretary for the environment, has been named a regional administrator of the U.S. Environmental Protection Agency.

She will oversee EPA’s Region 2, which includes New Jersey, New York, Puerto Rico, and the U.S. Virgin Islands. She is expected to assume the job in about a month. 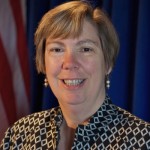 Enck was a longtime green activist before then-Governor Eliot Spitzer named her to her current post in 2007. That spring, the Explorer ran a profile of her headlined “The ultimate insider.” After Spitzer resigned, she remained in the job under Governor David Paterson.

A native of the Catskills, Enck often spent time in the Adirondacks and was a strong advocate of wilderness preservation. Spitzer, too, vacationed in the North Country. In contrast, Paterson has not shown much interest in the Adirondacks. My fear is that Enck’s replacement will share his lack of interest. But let’s hope for the best.

On a personal note, I met Judith when I was the environmental reporter for the Albany Times Union (we called her Judi back then). She worked for the New York Public Interest Research Group and later Environmental Advocates of New York. I got flak from a few editors because I used to quote her so often. But she was a reporter’s dream: knowledgeable, articulate, and ready to speak her mind—qualities that have taken her a long way.