Baker Mountain on the edge of the village of Saranac Lake is one of the most popular peaks in the Adirondacks. Like many other local residents, I’ve hiked it countless times and thought I had seen it all.

Will Roth recently made the hike to Baker’s summit more interesting for rock climbers: he has established a bouldering circuit of six “problems” (miniature climbing routes), all located just off the trail.

It’s just one more example of why Saranac Lake is a cool place to live.

Will says the challenge is to complete the circuit while hiking to the summit and back in under 45 minutes. Will’s rules:

Well, Will Roth is a professional climbing guide with EMS and Rock and River in Keene. I am a 63-year-old journalist. The same rules do not apply.

This week I hiked Baker after work and tried to do all the problems. I succeeded on only four, and for one of those I put on climbing shoes. I might be able to get the other two, but I expect I’ll need a few tries.

Doing all six plus the round trip up the mountain in 45 minutes is, at best, a distant goal. Will, however, has whittled his time down to 38 minutes. That’s less time than some people take to hike the 0.9 miles to the summit.

On Thursday, I took a video of Will (see below) climbing the first boulder problem. It was one of the two I haven’t done. Will scampered up it. No problem for him. I was heartened that his solution is just what I had in mind when I tried it earlier in the week; I just need to work on the moves.

Will started bouldering here and there on Baker a few years ago, but he didn’t establish his circuit until this spring, cleaning the dirt out of climb-worthy cracks.

Incidentally, five of the six problems are crack climbs. The other is a tough “mantle,” a move described here. The routes are roughly 12 to 15 feet long.

Will regards all the problems as V0, the easiest rating in the bouldering scale of difficulty, which ranges up to V17. However, even a V0 is not that easy. Because bouldering is done close to the ground, its practitioners don’t worry much about falling (they usually have crash pads and spotters) and so are willing to try extremely strenuous moves. Thus, an easy bouldering problem might require moves that would be considered quite difficult on a rock-climbing route. It’s a little like comparing apples and oranges, but Will says the hardest moves on his Baker circuit are probably 5.9 or 5.10 in the Yosemite Decimal System, which rock climbers use to measure difficulty. That’s edging into expert territory.

So far, only Will and a few friends have done the circuit, but he hopes it catches on with other climbers. “It’s a good cardio workout with some climbing,” he says. “It’s a workout routine right here in town that you can do if you have only an hour.”

Click here to see Will’s directions to and photos of the problems. 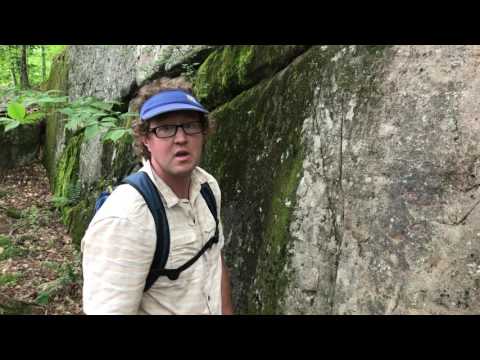