A coalition of environmental groups launched an ad campaign today to protest Governor David Paterson’s proposed $69 million cut to the Environmental Protection Fund, which is used to pay for a variety of green initiatives, including land preservation. The Adirondack Council sent us the ad below, which features a snapping turtle, eastern bluebird, beaver, and brook trout resigning as the state’s reptile, bird, mammal, and fish, respectively. The proposed cut amounts to about a third of the fund. 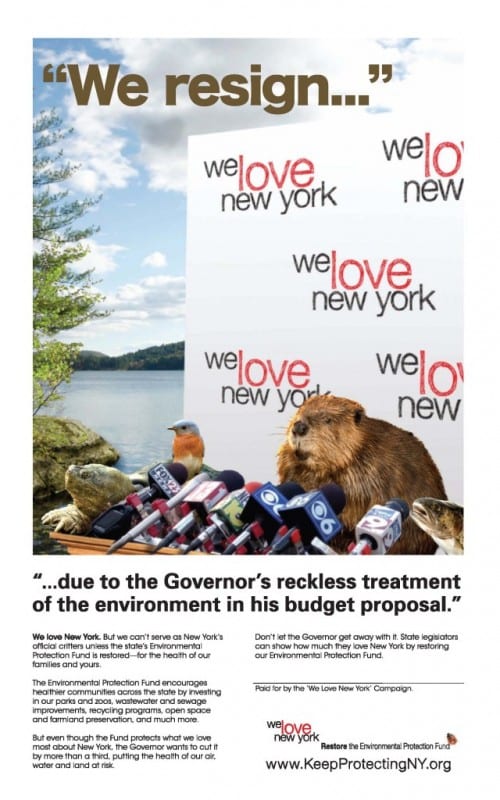