The historian Philip Terrie has been writing for the Adirondack Explorer since its inception in 1998. For most of that time, I’ve had the pleasure of editing his work. I should say reading his work, because Phil’s stuff does not require much editing.

Recently, I’ve had the pleasure of rereading his work for a new anthology, Seeing the Forest: Reviews, Musings, and Opinions from an Adirondack Historian. 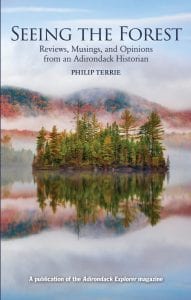 The book collects nearly sixty of Phil’s articles that have appeared in the Explorer over the past two decades.

Once again, I was struck by the breadth of his knowledge on all things Adirondacks—from literature to environmental politics to cougars.

Phil got in touch with us earlier this year to inquire about collecting his Explorer pieces. At the time, he didn’t have a publisher, so I suggested that we publish the book—that is, the Explorer in collaboration with my own Lost Pond Press.

Tracy Ormsbee, the Explorer publisher, thought it was a great idea and backed the project.

We wanted to make it the kind of book people will keep on the shelves for years to come. So despite the extra cost, we decided early on to go hardcover. The dust jacket features a beautiful color photo by Carl Heilman II. The book was designed by Susan Bibeau.

Seeing the Forest is divided into four sections: People and Places, Arts and Letters, Environment and Policy, and Musings and Opinions. To appreciate the breadth of subjects that fall under these labels, click on the table of contents pages below.

Bill McKibben, the environmental writer and activist, says of the Seeing the Forest: “Phil Terrie’s prose is one of the distinctive and lovely landmarks of the Adirondacks—these essays, filled with charm, wit, and precision, will flesh out the history and the wonder of this place for many readers, as they have for me.”

We hope readers will concur with his assessment.

You can purchase the book on the Adirondack Explorer website and in stores.

Phil also is the author of Contested Terrain: A New History of Nature and People in the Adirondacks, among other books. 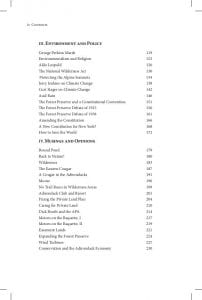 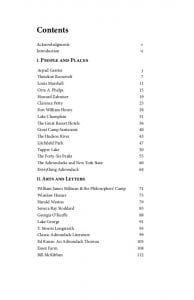