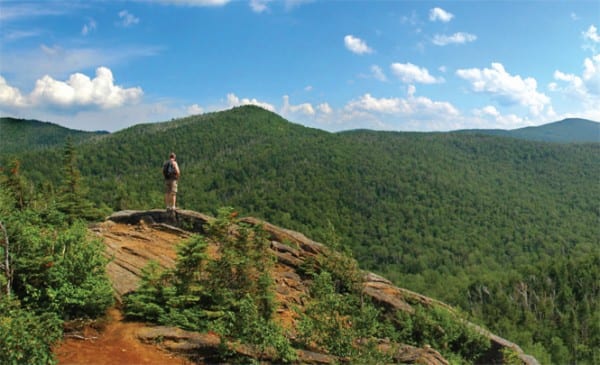 Every twenty years the state constitution provides the state legislature with an opportunity to ask the voters, statewide, whether they want to have a constitutional convention to try to fix the problems of state government. Once in session, however, these conventions can get out of control and have unintended consequences. The last convention was held in 1967. The next opportunity for more mischief is 2017.
If there is a convention, two things are guaranteed. Environmentalists will suspect that an attack will be mounted by special interests on Section 1 of Article 14, the “forever wild” provision. Just as surely, they will be ready to go to the mat to keep Article 14 unchanged. In 1967, not only was there no change, but the environmentalists even won the addition of Section 4 to Article 14, which firmly established protection of natural resources, scenic beauty, and agricultural lands as state policy.
For 2017, a working group of the Common Ground Alliance currently is evaluating the idea of proposing to amend Article 14 to carve out sufficient acreage from the Forest Preserve to establish a land bank, similar to the existing four-hundred-acre highway-safety land bank, to meet “municipal needs.” This new land bank would bypass the present rigorous amendment process by allowing land in the bank to be dispensed through an administrative process, probably managed by the state Department of Environmental Conservation. However, because only six amendments have been made since 1894 for “municipal needs” and no such needs are currently in evidence, this idea may be stillborn, thus saving defenders of the Article 14 amendment process a lot of time.
The overriding fundamental intent of the amendment process is to set a high bar for those who would try to grab Forest Preserve land. The land bank idea would take us in the opposite direction.