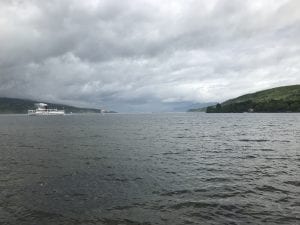 Would-be swimmers at Lake George’s Million Dollar Beach, which closed for 10 days last summer and one day this year due to high coliform bacteria counts, can call to check whether it’s open for swimming.

According to the Department of Environmental Conservation, the popular state beach that draws crowds in the busy summer tourist season closed on June 9. It posted signs there notifying people. The beach reopened the next day.

That followed past re-openings that were followed by belated press accounts saying it was closed.

“DEC does not announce beach closures for any DEC-managed beaches via press release as typically these closures are temporary and a press release is not an effective outreach tool,” agency spokesman Sean Mahar said. Visitors can still use the beach itself when swimming is closed for the day, he said.

The beach at the south end of 32-mile Lake George opened weekends starting with Memorial Day then daily in mid-June.

No other state beaches run by the conservation department have been closed so far this season, Mahar said.

In a mid-June report, the DEC said extensive testing of the sewer system in the area had found one break in a main sewer line, which was repaired, and several compromised lateral connections to private residences that were fixed.

It also found stormwater catch basins and treatment devices in the vicinity of the beach that contained high bacteria levels, likely from accumulated debris and sediment, that have been cleaned.

Keep up with news of the Park. Subscribe to the Adirondack Explorer today: https://goo.gl/PeuX5X