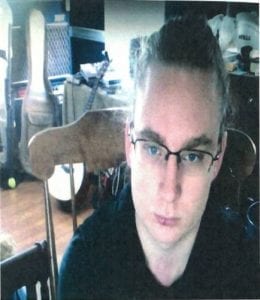 State Department of Environmental Conservation Spokesman Dave Winchell just sent out on update on Alex Stevens, a New Jersey man who went missing after a camping trip Wallface Mountain in the High Peaks Wilderness. Stevens is believed to have started his trip from the Upper Works trailhead in Newcomb on September 2. He was reported missing on September 10. Here’s the press release from Winchell:

The ongoing search for Alex Stevens ended on Wednesday without locating the subject or additional signs of his presence. By the end of the day Wednesday, an estimated 300 Forest Ranger hours and 60 volunteer hours have been expended over three days of search efforts. During that period searchers covered 209 miles total while searching trails, drainages, and other areas of rugged terrain. K9 units conducted searches over 11 miles.

Alex Stevens is a 28-year-old, 5 foot 11 inch, 220-pound, white male with blue eyes and brown hair. He was last seen on September 2nd near the base of Wallface Mountain wearing sandals, shorts, and a dark blue t-shirt. He may be carrying a green-colored, light backpack. He wears glasses and has longer hair that he typically wears in a “bun”.