A snowmobile that sank in Lake Flower after its driver intentionally drove it over open water has been removed and apparently did not contaminate the water, according to a spokesman for the state Department of Environmental Conservation. David … END_OF_DOCUMENT_TOKEN_TO_BE_REPLACED 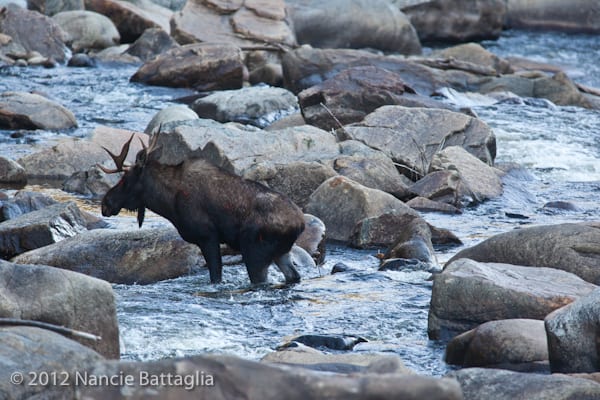 State officials felt they had no choice but to kill an injured moose that had been hanging out in the Ausable River in Wilmington Notch, according to David Winchell, a spokesman for the Department of Environmental Conservation. “The primary factor … END_OF_DOCUMENT_TOKEN_TO_BE_REPLACED

Changes in the state’s fishing regulations will take effect October 12, as a result of an evaluation of biological data and input from anglers, according to the state Department of Environmental Conservation. Several of the changes affect waters … END_OF_DOCUMENT_TOKEN_TO_BE_REPLACED

The spiny water flea, an invasive species, has been found in Lake George, just weeks after its discovery in the Champlain Canal, according to the state Department of Environmental Conservation. A native of Eurasia, the flea feeds on crustaceans … END_OF_DOCUMENT_TOKEN_TO_BE_REPLACED