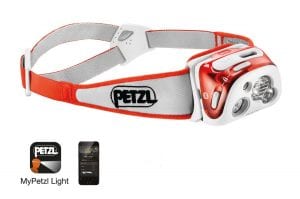 Last week’s Forest Ranger Report from the Department of Environmental Conservation noted that a ranger had to rescue two hikers overtaken by darkness on Thomas Mountain. In this week’s Ranger Report, three of the five incidents involved searches for people benighted in the woods. In all four of these incidents, the people rescued failed to bring a flashlight or headlamp–one of the ten essentials you should bring on every hike. Following is this week’s report for November 27-December 3:

Town of Denning
County of Ulster
Search:
On Nov. 30 at approximately 1 p.m., a woman received a text message from her 60-year-old husband stating that he couldn’t get his portable stove to work, and as a result was returning home from a camping trip on Slide Mountain. When the man didn’t arrive home that evening, his wife contacted DEC Central Dispatch. The caller was uncertain of her husband’s exact location. Forest Rangers were dispatched to various trailheads that lead to Slide Mountain. At approximately 8:55 a.m. on Dec. 1, a Ranger located the man’s vehicle at the Denning Trailhead. Two Forest Rangers headed in toward Fisherman’s Path along the East Branch of the Neversink River and located the man at 10:10 a.m. walking back to his vehicle. He was in good condition and did not require medical attention.

Town of Shandaken
County of Ulster
Search: On Dec. 1, a 66-year-old man hiking Mt. Tremper began to panic due to impending darkness. The man called his brother, who in turn called DEC Central Dispatch. Dispatch transferred the call to Ranger Kenneth Gierloff, who spoke to the lost hiker. The hiker stated he felt as though he would get lost and hurt if he tried to navigate down the mountain on his own due to darkness and lack of proper equipment. Due to the hiker’s anxiety, additional Rangers were called in to aid the search. At 7:20 p.m., the Rangers located the hiker and gave him hand warmers. Rangers assisted him down the mountain and he refused further medical care. All were clear of the scene by 9:50 p.m.

Town of Kingston
County of Ulster
Search: On Dec. 1, a 76-year-old woman left her home on Jockey Hill and went for a hike through Bluestone Wild Forest. She became disoriented on an unmarked trail as darkness set in. She was prepared for the cold temperatures but did not have a flashlight. She contacted Ulster County 911 at 5:30 p.m., and Sheriff’s Deputies responded and notified Forest Rangers. At 7:15 p.m., Ranger Kevin Slade arrived on scene at the woman’s residence and met with deputies. They hiked in 0.3 miles to the suspected location. The subject was not located at the first set of coordinates, so Ranger Slade contacted her by cell phone and asked her to place a call again to the 911 center to get new coordinates. Ranger Slade and the deputies hiked an additional 0.25 miles, but she was not at the newly provided coordinates. Ranger Slade continued past the second set of coordinates, and made voice contact with the woman at 7:45 p.m. She required no medical attention and was able to walk herself out.

Village of Constableville-West Turin
County of Lewis
Search: On Dec. 1 at 7:48 p.m., DEC Ray Brook Dispatch received a call from the Lewis County Sheriff’s Office reporting an overdue hunter in Constableville. The 63-year-old male hunter had hiked in to his hunting camp at 11:30 a.m., and did not return. The hunting camp is located more than five miles up a back road along the East Branch of Fish Creek Conservation Easement. Three Forest Rangers responded quickly to the hunting camp and started search efforts. The Forest Rangers were soon aided by two Lewis County Sheriff’s Deputies and an Environmental Conservation Police Officer (ECO). At 9:49 p.m., the subject was found by another member of his hunting party in good condition and escorted back to the hunting camp.

Town of Moreau
County of Saratoga
Search: At 5:19 p.m. on Dec. 2, a call came in to DEC Ray Brook Dispatch reporting a hiker in need of assistance in Moreau State Park in Saratoga County. The male hiker in his mid-50s made an incorrect turn on the trail with darkness looming and without a flashlight. Forest Ranger Joe Hess was dispatched to assist State Park Police. At 7:30 p.m., Ranger Hess established voice contact with the hiker and after locating him walked him back to the trailhead. The subject had no injuries and did not require medical treatment.